Sign in
Back to Login
Submit
Chapter 3 — THE DIFFERENCE BETWEEN STOCKS AND BONDS
Font type: Sans-Serif
Font size: Large

THE DIFFERENCE BETWEEN STOCKS AND BONDS

THE DIFFERENCE BETWEEN STOCKS AND BONDS

Tap below to watch a short video about stocks and bonds, and read on for more details. 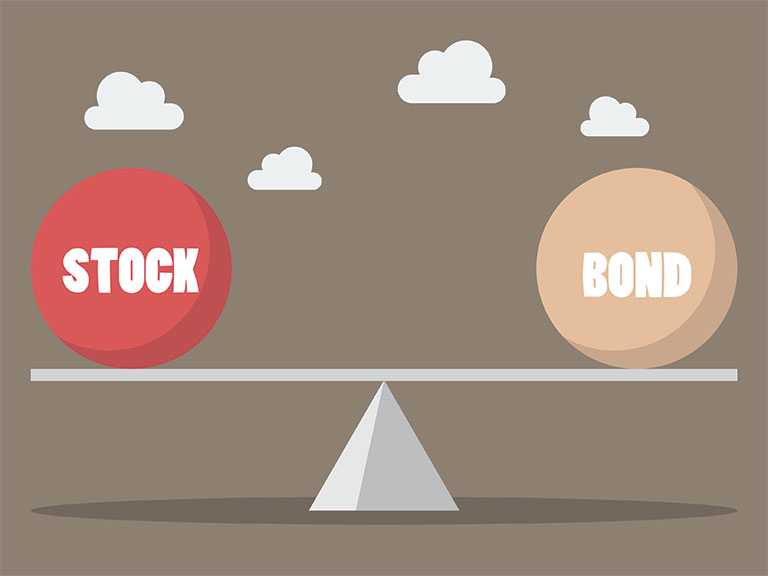 Stocks, or rather shares of a company, directly represents a small portion of that company. Essentially, when you buy a stock, you are now a part-owner of the company in question.

Bonds are a form of long-term debt in which the issuing corporation promises to pay the principal amount at a specified maturity date. In other words, it’s a debt based investment where an investor loans money to an entity such as a corporation or even a national government which subsequently borrows the funds for a defined period of time at a fixed interest rate

The voting right of holders of stock depends on the stock type (common or preferred) that they hold. Holders of common stock can vote on certain company issues, such as the election of directors or voting on corporate policy. Preferred-stock owners have no voting rights, the same as bond-holders.

In general, stocks are considered riskier and more volatile than bonds, because, in the event of the liquidation of a business, the holders of its stock have the last claim on any residual cash, whereas the holders of its bonds have a considerably higher priority, depending on the terms of the bonds. However, there are many different kinds of stocks and bonds, with varying levels of volatility, risk and return.

Although there are a lot of differences between stocks and bonds, they both are the most popular types of investment and may be traded on a public exchange.

What is a stock?